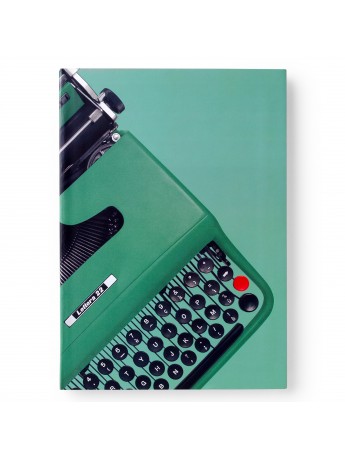 Since its foundation, at the beginning of the 20th century, Olivetti has been the Italian brand that first used design to dress technology and humanize it.

Since 1839, Pigna is the brand of notebooks made in Italy.

Pigna was founded in 1839 in Alzano Lombardo, near Bergamo, by Paolo Pigna and his family. Today, after 180 years, the Pigna site is still there. The mission, right from the start, has been to create the best Made in Italy notebooks for students and workers as well. Even before the coming of television and advertising, Pigna notebooks contributed to the literacy of Italy and entered the collective notional of Italians, thanks to the graphics and design of their covers. Today Pigna is a leading brand in Made in Italy stationery with a vision in motivating people, from children to adults, to rediscover, express and tell their uniqueness. Everyday.

ItalianTypes notebooks and panners are made with natural paper produced with recycled, ecocompatible and FSC® certified organic cotton fibers.

PdiPigna notebook paper is produced with raw materials from forests managed in a correct and responsible way, according to the severe standards of the international FSC certification. The FSC trademark protects and safeguards the environment. FSC is a NGO that includes among its members NGOs and environmental groups (WWF, Greenpeace), social (National Aboriginal Forestry Association of Canada) and forest owners.

OLIVETTI
“Technology and humanism united in a single object, the typewriter of the Italian brand that made history”

Since its foundation, at the beginning of the 20th century, Olivetti has been the Italian brand that first used design to dress technology and humanize it. Designed in 1950, the Lettera 22 typewriter is an icon of modernity, allowing millions of people around the world to work and write with this portable office.

8 other products in the same category: